On Thursday, 30 August 2012, the Fountain with Kneeling Youths by George Minne was returned to its place on the Emile Braunplein in Ghent. In the autumn of 2009, the scupltures made room for the archeological investigation as a consequence of the reconstruction of the Emile Braunplein. At that time, it was decided to restore the sculptures. It was determined that the sculpture group was damaged by soot pollution. Consequently, the images were manually cleaned and coated with a protective wax layer. The basalt plinth was completely renewed. Minne's Fountain with Kneeling Youths received a central place in the new city park next to the Town Hall on the Emile Braunplein. 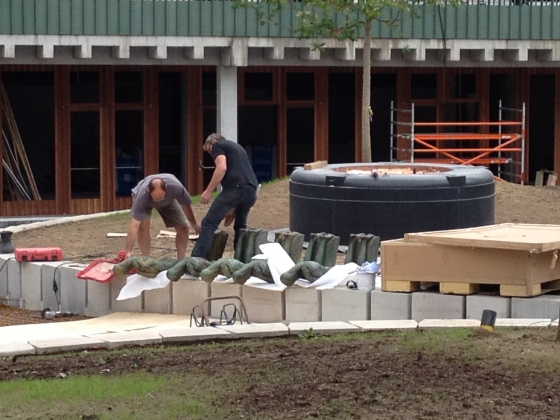 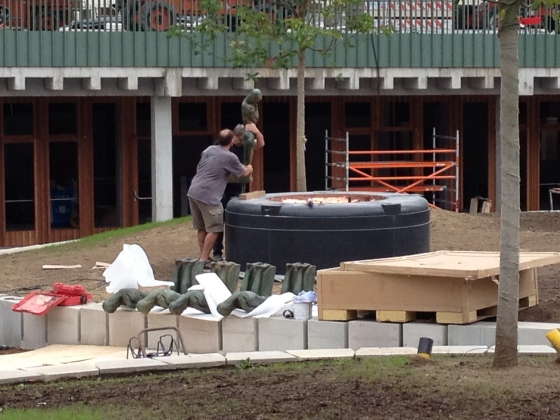 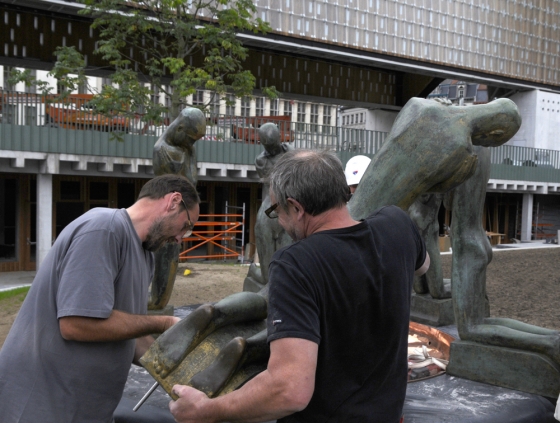 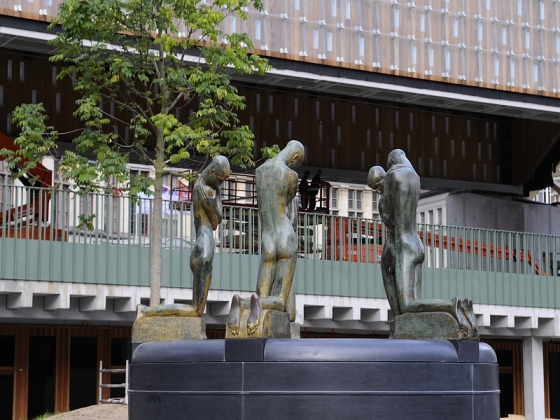 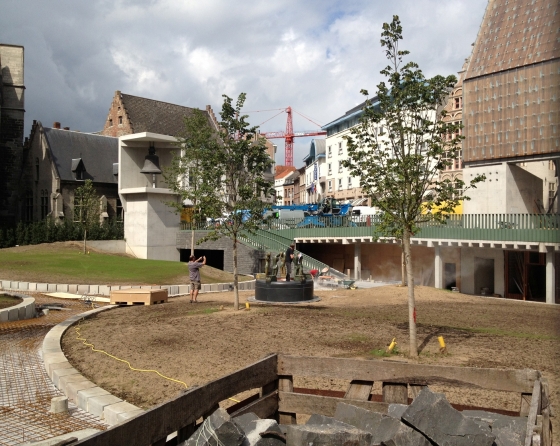 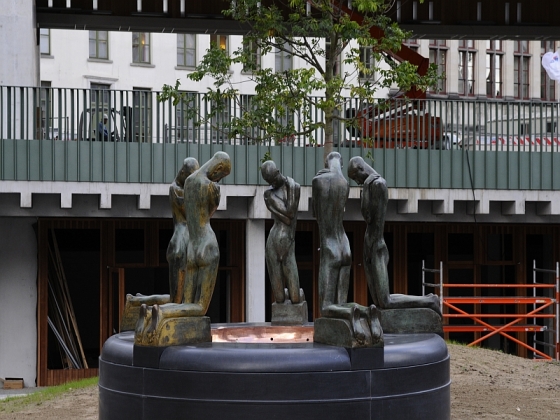 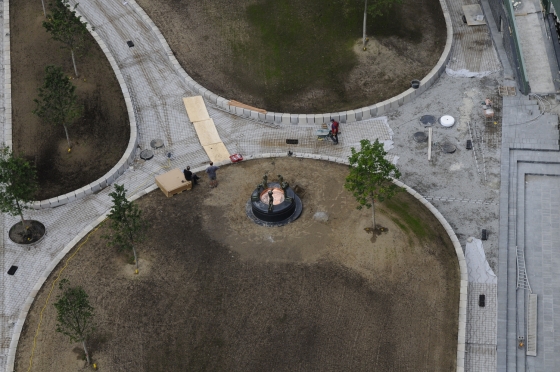 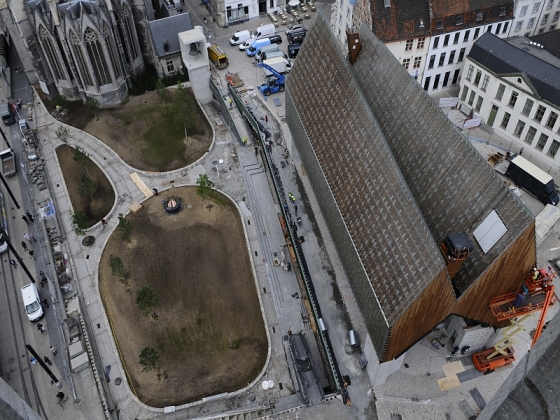